The wily leopard and his three assistant hyenas try to cure the python and also try to use their talents to save their business.

Pomegranate fruits – Good for your health !

There was a python who just loved to eat and sleep. That is what he would do all day long. Eat and sleep. Eat and sleep. Eat and sleep. Now if you do this all day long and then day after day , then you are going to fall very, very sick. And that is what happened to the silly python . He became very, very sick. His tummy started hurting. Ow ! Ow ! Ow ! He howled. Now, if he had hands he would have clutched his stomach and howled just like you do. But pythons don’t have hands. Just a long body. So, he took his long body and stretched it and decided to crawl to the doctor. As the python was crawling to the doctors’ clinic he felt very hot and tired. So, he decided to rest under a tree. It was a tree with very red fruits hanging from it.

ALL RIGHT, HERE’S THE NEXT PART OF THE STORY ….

The doctor looked at the python and bared his very sharp, pointy teeth and said, “Well, Mr. Python, you seem to be very smart. I see that you don’t have a job as you told me yourself. So, why don’t you come and work for me ? I will pay you very well. “

The python was very surprised that the leopard was offering a job to him because as far as he knew the animals were afraid of him especially when he was hungry.

Dr. Leopard knew that if he told the python that he was planning to use him to get rid of the animals who refused to get cured by swallowing them he may not agree to work for him. That was his plan to solve his own problem and that of the python.

So he told the python, “ Mr. Python, you don’t have to do much work. You have to be as you were before. Just eat and sleep . The only difference is that you will eat what or who I tell you to eat and you have to do this in my clinic.”

The python thought to himself, “ This leopard is very clever but also very wicked. It’s not good to be with wicked people. So let me try to find a way so that this leopard does not kill off his patients he cannot cure. And there are too many of them. Even I will not be able to swallow so many of them because I only swallow when I am hungry not just for fun ! “

The python looked at Dr. Leopard looking eagerly at him as a solution to his problem of not being able to cure his patients and said , “ Dr. Leopard, why don’t you try some other way to help your patients ?”

Dr. Leopard said, “ Mr. Python, I know there are many other ways but this one is quick and foolproof.”

Actually Dr. Leopard did not know of any other way but he did not want to admit this in front of his assistants who thought Dr. Leopard was the cat’s whiskers. Also his assistants were a couple of hyenas who lived off the leftovers which the doctor could not finish.

Mr. Python said, “ Maybe your way is the quickest and foolproof and with no danger of being sued because there is no one to sue you or no evidence but sooner or later the animals of the jungle will realize what is going on and will stop coming to you. Then what will happen to your practice ? “

The assistant hyenas gasped at this possibility because they lived on the slim pickings left by the leopard and they were already very thin. Dr. Leopard also did not want to lose his very lucrative business ( which means a kind of work in which you make a lot of money ) so he asked Mr. Python, “ All right, what is your idea so that I can cure the patients who come to me ? “

ALL RIGHT , LET ME KNOW WHAT WAS MR. PYTHON’S SOLUTION TO THE PROBLEM AND THE BEST ONE WILL GET TO GO ON A TRIP TO HAWAII PAID FOR BY THEMSELF. IF I HAD THE MONEY I WOULD HAVE GONE MYSELF NOT SIT HERE WRITING THESE STORIES IN DULLSVILLE.” I WOULD WRITE THEM IN HAWAII .

THANK YOU FOR YOUR RESPONSE ; THEY WERE GOOD ENOUGH TO EAT, JUST LIKE THE POMEGRANATE ! THIS IS MY VERSION.

AND THERE IS A BONUS STORY , LUCKY YOU ! THE STORY IS CALLED ‘THE PYTHON AND THE POMEGRANATE TREE’ and is somewhere on this website.  Oh wait, here is the link

” The solution is that you and your assistants get together and buy a huge farm where you grow many healthy herbs and fruit trees like the pomegranate. You encourage your patients to eat the healthy foods and exercise so that they do not fall ill again. Pomegranate juice is especially good for health so grow a lot of pomegranate trees ” 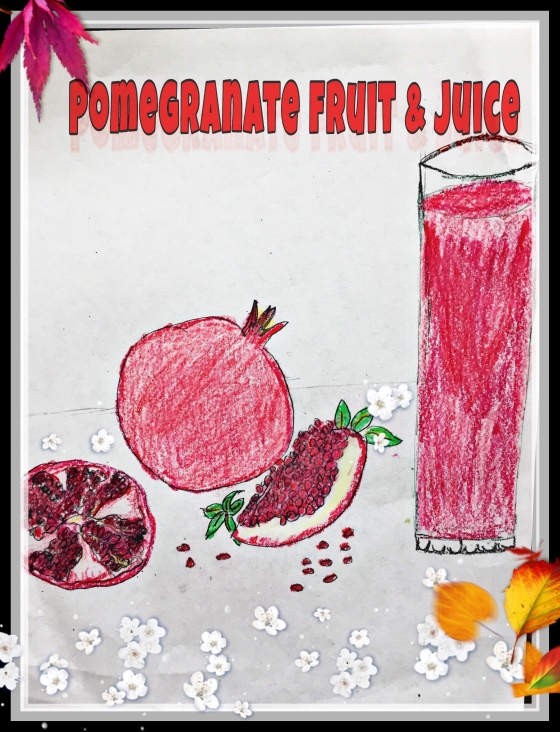 Dr. Leopard said, ” But that does not solve my problem. If people get well how will I run my practice. I need people to be cured but not completely cured so that they keep coming back to me .”

The python said, ” That’s not a very nice thing for a doctor to wish for but you are a leopard and I guess you won’t change your spots. So I think then there is only one final solution to this problem. The leopard moved forward to the python eagerly. And that’s when the python wrapped himself lovingly around the python and squeezed him. That was the Final Solution.