Love and cakes made a great cake for my daughter’s birthday, elegant, scrumptious and it made her day. Cake is no longer just a cake, nowadays it’s an art form. Thank God, these cakes did not exist during the French Revolution or Marie Antoinette would have some more explaining to do and would not have survived the kindly look that history gave her, the peasants anyway did not understand what a great cake is to a cultured lady !

Oh yes, the delivery was timely in spite of her rushed schedule and the order was placed over the phone from Austin to Scottsdale and the price was tad more palatable than the other cake places I surfed the net.

A BIRTHDAY MOVIE FOR POORVI

POORVI who is a real dog lover ! and this is a page for those who love dogs !

7 has always been an auspicious number across all cultures . 7 days a week, 7 colours of the rainbow and 7 turns around the fire in an Indian wedding.

So this 7th wonder of the world arrived on the 27 th day of the 7th month at 7 in the morning. How can you go wrong with that ?

Things may go wrong for her sometime but she never goes wrong . Strong of will and soft at heart she will fight all odds and battles to stay in the right.

She loves beautiful things but is generous in her soul. Her most adored creature is a dog. Give Poorvi a dog and every beautiful thing she desires pales into insignificance. Her connection with this delightful creature is a miracle and they, in turn, adore her and respond to her with all their pure and generous heart. Like I have always said God spelt backwards is dog. And nothing is without reason, not even spellings.

Poorvi has many friends because she is kind by nature and people always gravitate towards kindness. She is super smart and super intelligent and super creative. And everything she touches turns to gold. Even a small task as a voiceover artiste for my little movies she is perfection. And when she picked up a spatula to provide me a gourmet meal on Mother’s Day we, lo and behold, discovered another talent, she is a super chef !

That’s why Poorvi never ceases to amaze me with her many talents and love for all things beautiful ( sometimes they are expensive! ) But, I am sure, with her mother’s blessings she will go forth to conquer the world and teach them a thing or two about what it is to be a titan who stoops to conquer. And what it is to be a grand soul in a mean world !

A MESSAGE FROM POORVI’S FRIENDS

Birthday movie for Poorvi ( to watch click on the link below )

A cat wants adventure but returns to her family’s loving embrace for she now understands the value of family and a simpler life.

Cats are funny creatures. One minute they are sitting next to you, purring and rubbing against your body and next minute they are meowing loudly, waving their tail and digging their claws into your hand. They just can’t decide whether they are happy or angry.

One day a cat decided that she wanted to travel the world. She no longer wanted to be like other cats who wanted to only sit on a cushion or a lap, drink milk from a bowl or eat fish or chicken whenever it was a special treat day.

She decided, no, this is no life. I want adventure, meet other cats, travel the world and discover new exciting things. 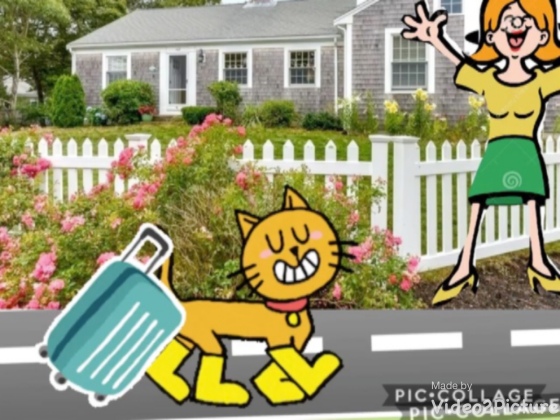 She packed her bag, pulled out the handle and off she went, dragging the suitcase behind her. Luckily it had wheels so she didn’t have to lift it or strap it on her back.

The cat reached the bus station and, when no one was looking, quietly walked in and sat under a seat. The bus moved. It was full of people but the cat could only see their shoes. It was a long and not very interesting journey, looking at a lot of shoes.

When the bus stopped, all the shoes moved out. The bus was silent. The cat came out from under the seat, took her suitcase and came out of the bus. It was very quiet, all she could hear was an owl hooting in the distance. Lots and lots of buses were parked, looking like giants. The cat was very scared. She was also very hungry but no one was around to give her her milk.

The cat strayed under the wheels of the buses, mewing sadly. Then she went to sleep under the bus. When she woke up it was morning. She could see many shoes walking here and there climbing into buses. She quickly took her suitcase and quietly went and sat in the same bus. The bus started its journey. The cat again saw a lot of shoes as she hid under the seat. When the bus stopped, she quickly got off and dragging her suitcase ran back to her home.

When she reached home her owner picked her up and said, “Oh ! Where have you been kitty cat? I was looking for you everywhere !” The cat blinked happily and mewed. She was saying, “ I went on a long journey but it’s not very interesting ! There were too many shoes and legs and nothing much to see. I happy to be home.”

Once upon a time there was a cat who really really wanted to travel the world but no one was taking her anywhere. They usually left her with the neighbours when the family wanted to go to far off countries.

Once the family was planning to go on a trip to Malaysia. They packed their suitcase and got ready to go. So the cat quietly climbed inside the handbag and lay quietly.

When the family arrived at the airport the cat was discovered because you really can’t sneak into a plane. There is a lot of checking. Now the family didn’t know what to do. So they paid a lot of money and cat was placed in the luggage hold of the plane in a basket and taken to Malaysia. 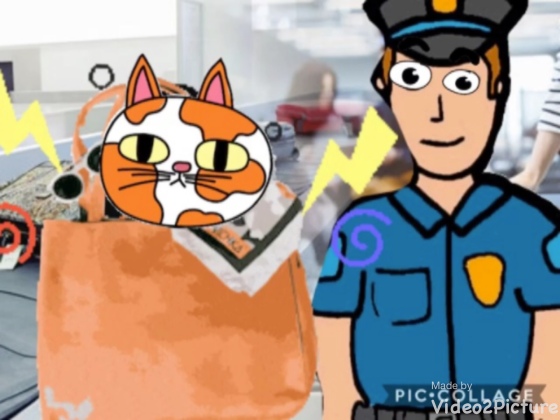 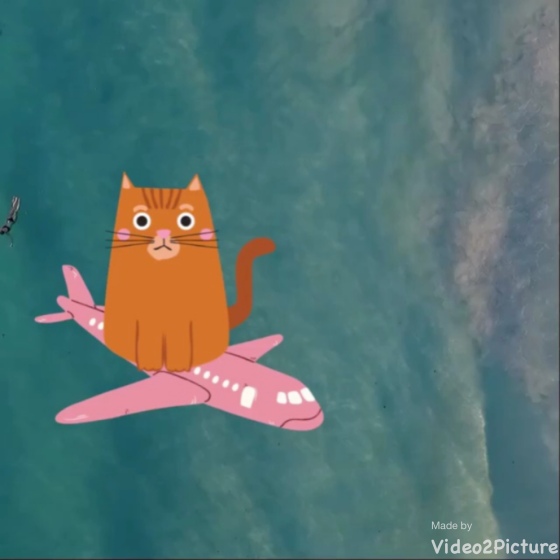 When the family arrived in the country they had to stay in a hotel in which pets were allowed. They also had to carry the cat everywhere with them. One day they were sitting in the hotel garden and the cat was strolling in the lawns. She heard a rustle in the bushes and went to explore. As you know cats are curious creatures. 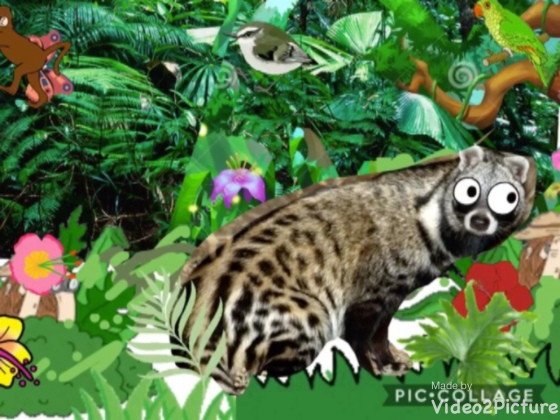 The cat went through the bushes to the other side and saw a creature which looked like her but was longer and thinner. The cat thought to herself, “ Oh ! This is what foreign cats look like. They are different from us.” But she did not know that this creature was not a cat but a civet who looks like a cat but is not one . Even though it is called a civet cat ! Let me know when you figure out why ?

The cat who had not seen much of the world asked, “What is a snake ?” The civet said, “You don’t know what is a snake ?” Where are you from?” The cat said, “I am from a big city in a far away land. We only have dogs, cats and birds there.” The civet said, “ I see, so you have only seen dogs, cats and birds and nothing else?” The cat shook her head.

The civet said, “ All right, come with me, I will show you many creatures.” The cat was scared but she thought to herself, “I have come to see the world, let me follow this civet.”

She followed the civet who took her deep in the jungle. The cat was very scared. She could hear the bats flying above, the monkeys leaping in the branches, the owl hooting in the tree and something, probably a snake, rustling in the grass. The civet was moving very fast and suddenly disappeared. Now the cat was all by herself, very very frightened. She wanted to go home to her family as soon as she could.

Suddenly the civet appeared next to her. It said, “ Hello, slowpoke, you are not made for adventures, you are a homebody. I think I better take you home. “Yes please,” the cat said in a small voice. The civet escorted her back to the hotel where the family was frantically looking for her. 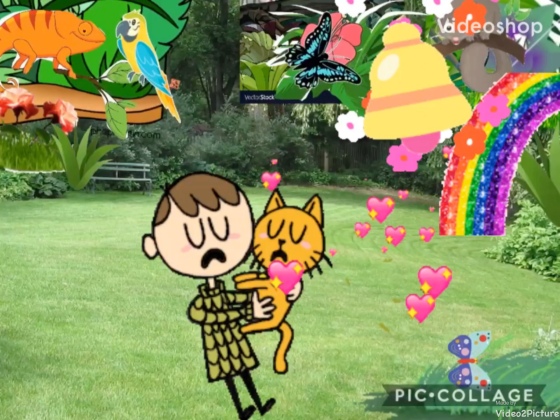 When she appeared out of the bushes they grabbed her and cuddled her. The cat was so happy to see them she purred with delight. Then they took her to the room and gave her some milk in a saucer. The cat lapped the milk gratefully but when they asked her if she wanted to mix a little cocoa in it just to change the taste, the cat backed away. She was no longer feeling adventurous. The family laughed good-naturedly, “Just kidding !” they said.