Screenplay or scream with fun play for ALL

Melody is born to sing but, unfortunately Monsieur Bull Brass, the frog with the VOICE, thinks she is quite of out of tune and not in sync with his pupils, the four crows, Do-ray, Me-Far, So-la, Ti-doo. Disconsolate, Melody wanders off into the deep jungle where she meets her mentor and teacher, the blind thrush, Senor Julio, who takes her under his wings. One day Melody is pitted against her own mother who had abandoned her so that she can become a star in  King Tweety -Fruity’s kingdom. Melody wins the contest but can she be happy in a golden cage ?

There is huge crowd outside the venue. Flash bulbs are popping as photographers take photos of the crowd streaming in. A red carpet is laid out for the contestants. An Ostrich wearing a halter gown and chandelier ear-rings, O-Zee Van Too Die-Rich Two stands in front of the venue facing a television camera operated by the PANDA and the mike by the GIRAFFE who is so tall the mike keeps shaking and moving and appears in the frame much to the disgust of the PANDA who keeps making disgusted sounds and signaling to him frantically.

O-ZEE VAN TOO DIE-RICH TWO
“It’s a glorious day in the LAND OF BIRDS. Musicians from all over the world are streaming in to participate in this fabulous contest organized under the benevolence of the wise and kind ruler of this land, the all gracious, all wonderful, KING COO-TWEET-
TOOT-TOOT, FRUIT-TWEET-TOOT-TOOT, SWEET-TOOT-TOOT-TOOT, AL-AMEN, loved by all, and affectionately called King Tweety-Fruity by his loving subjects. Let us talk to a few of the participants who are now coming in and ask them their feelings on this momentous occasion. Ah here’s the lovely Luke-Loo Lark-Wings.”

An ethereal looking lark appears, on the TV screen as well.

O-ZEE VAN TOO DIE-RICH TWO (CONT’D)
”Hi Luke-Loo Lark-Wings, what are your thoughts on this momentous occasion. Are you nervous?”

LUKE-LOO LARK-WINGS”
Hi, I am here for a lark. So no question of any nervousness”. 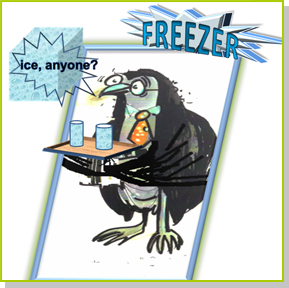 She gives a tinkling laugh and sweeps away.
An elephant is arriving holding a little trumpet.

O-ZEE VAN TOO DIE-RICH TWO”
Ah, here’s Patch-Edam. Hey Patch-Edam, how come you are alone. Where’s the rest of your team?”

PATCH-EDAM
“I am blowing my own trumpet this time.”
He lumbers off. O-Zee laughs.

O-ZEE VAN TOO DIE-RICH TWO
“I guess he didn’t realize what he just said. But, look whose here? THE BEAR-ALL BAND. Let’s see what they have to say.”

Four brown bears are lumbering in holding different instruments including a bag-pipe.

O-ZEE VAN TOO DIE-RICH TWO (CONT’D)
“Will you be playing a Scottish tune tonight?”

ONE OF THE BEARS
“Not really, but this bag pipe makes a fine bag to carry sundry items like bee hives. See the bee are inside and can’t get out but we can just tilt this and… (he demonstrates)
“Out comes the honey which we need to restore our self in this grueling contest.”

O-ZEE VAN TOO DIE-RICH TWO
“What an interesting invention. I am sure their song will be just as interesting. I believe it’s called, “Grin and Bear It”. Ha ha, I hope we won’t be doing that through the song.”

Then she gives an exclamation.

O-ZEE VAN TOO DIE-RICH TWO (CONT’D)
“Oh, look, it’s the court singer, Cuckoo-Cool. Let’s get a few words of advice from her for the other contestants.”

Cuckoo can be seen arriving with Stella hovering in the background.

O-ZEE VAN TOO DIE-RICH TWO (CONT’D)
“Madame Cuckoo Cool, great to see you here. Any wise words for our contestants?”

CUCKOO
“Well, I wish them all the best. But, it is survival of the fittest and I am feeling as fit as a fiddle. But at least the others will learn something from me so that they can try and wrest the crown from me next year. That’s show-business.”

O-ZEE VAN TOO DIE-RICH TWO
“More like show-off business, in her case. I tell you. It’s almost time for KING COO-TWEET-TOOT-TOOT, FRUIT-TWEET-TOOT-TOOT, SWEET-TOOT-TOOT-TOOT, AL-AMEN, alias King Tweety-Fruity to arrive. But wait, we have time for one more interview. Here is the CAW-BAND with their teacher Monsieur Bull-Brass.”

We see the CAW-BAND and Monsieur Bull-Brass puffed up with importance standing. 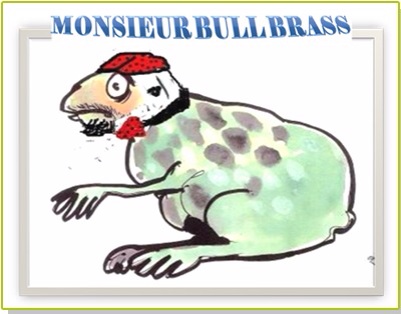 O-ZEE VAN TOO DIE-RICH TWO
“What was that, I couldn’t quite understand. I’m afraid I don’t understand French.”

O-ZEE VAN TOO DIE-RICH TWO (CONT’D)
“Yes, we have run out of time. Let’s move inside the hall. I believe our beloved ruler,
KING TWEETY-FRUITY, has also arrived.”

The PANDA lowers the camera and crooks his finger to the giraffe who has been holding the mike in the frame intermittently. The PANDA is seething.

PANDA
“Because of you we have lost the job to be on screen. Now, with your inefficient ways I can see that we are going to lose this job too. Why can’t your father get you a job like picking fruit or something more suitable?”

PANDA
“Then what happened?”

GIRAFFE
“I kept eating the fruits we were plucking.”

The PANDA is trying to pull the mike from the giraffe who is resisting.

EXT – SKY – NIGHT
“Senor Julio is perched on Bat Van Friday’s back and they are making good time.”

SENOR JULIO
“I think we are almost there. I can see the lights of the venue where they are going to perform.”

BAT VAN FRIDAY
“How can you see? I thought you were blind like me.”

SENOR JULIO”I am. But whenever there is an intense light as in the stadium below my pupils react to the light. This leads me to think that my affliction is not incurable even though none of the doctors can find the nerve that was damaged.” BAT VAN FRIDAY
“Well, you never know what can happen with these things. Though I wish I could find out what I am. This not knowing is driving me nuts. I don’t know where I belong, with the birds or with the beasts.”

SENOR JULIO
“It’s called an identity crisis. You will find out. Now, step on it, I have a feeling Melody needs us.”

There is a sound of engine revving and Bat Van Friday zooms off.